We release a new magazine special today, focusing on the work, music, and personality of pop star Harry Styles. Kings of Pop magazine, the first in a new series, follows on from the success of Queens of Pop, the first issue of which looked at Taylor Swift. 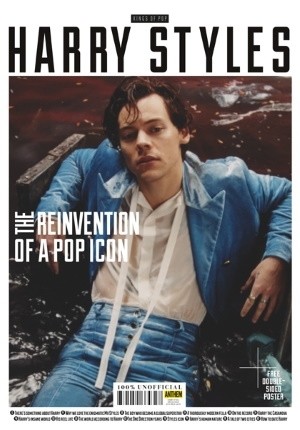 Though the singer has not yet released his second solo album, he has maintained huge popularity after his stint in the band One Direction. Not many boyband members manage to achieve musical credibility and gain respect from his peers, but Styles is one of the few teen heart throbs who has crossed that line successfully.

This dedicated magazine will look back at how the popstar’s career began, and will follow his career via One Direction, his solo career, as well as his foray into acting, and his involvement in the fashion community. It will also take a closer look at the man behind the music, from his love life to his feminism, and hears from fans of Styles on just why they love him so much.

Editor of the magazine, Christian Guiltenane, said: “It has been exciting to delve into the life of Harry Styles and put together a magazine specifically for his passionate fans. We hope that our readers will love it, and can’t wait to create more issues focusing on other pop superstars!”

Kings of Pop: Harry Styles can be found in shops or ordered online from today.