Last year, more than 8,000 readers voted for their favourite place to buy vinyl, with Sound It Out Records of Stockton-on-Tees eventually taking the crown, seeing off established shops in bigger cities, such as the Rough Trade chain, Manchester’s Piccadilly Records, Spillers in Cardiff and Brighton’s Resident. The two runners-up were Wah Wah Records in Wakefield and Grooves – a community record shop in the Orkney Isles.

By voting, readers can win £150 of Record Tokens to spend in their favourite shop, plus Record Store Day tote bags and copies of Graham Jones’ excellent book The Vinyl Revival And The Shops That Made It Happen.

Tom Butchart, the owner of 2018 winners Sound It Out Records, said: “I’m absolutely flabbergasted to have won. I saw the list of shops involved and thought, ‘there’s no chance’. I know a lot of customers who’ve been coming in here for 20 years, and I know their kids, what they do for a living… I know their lives and they know mine. It’s not just a shop, we’re a small community. It’s true, record shops today, we’re more like community centres.”

Long Live Vinyl Editor Gary Walker said: “Independent record shops have been at the very heart of the much talked about vinyl revival.  It’s no exaggeration to say the vinyl industry as we know it today wouldn’t exist without those shops and the support of Record Store Day. As a magazine, we love to champion those stores because for our readers, they’re more than simply shops – they’re community hubs, places to learn about new music, make friends and celebrate the joy of vinyl.”

Long Live Vinyl is a monthly print magazine and website dedicated to all things vinyl, owned by Anthem Publishing. It produces the official Record Store Day guide every March, featuring details of all 500+ releases and distributed to every one of the 250+ participating shops. 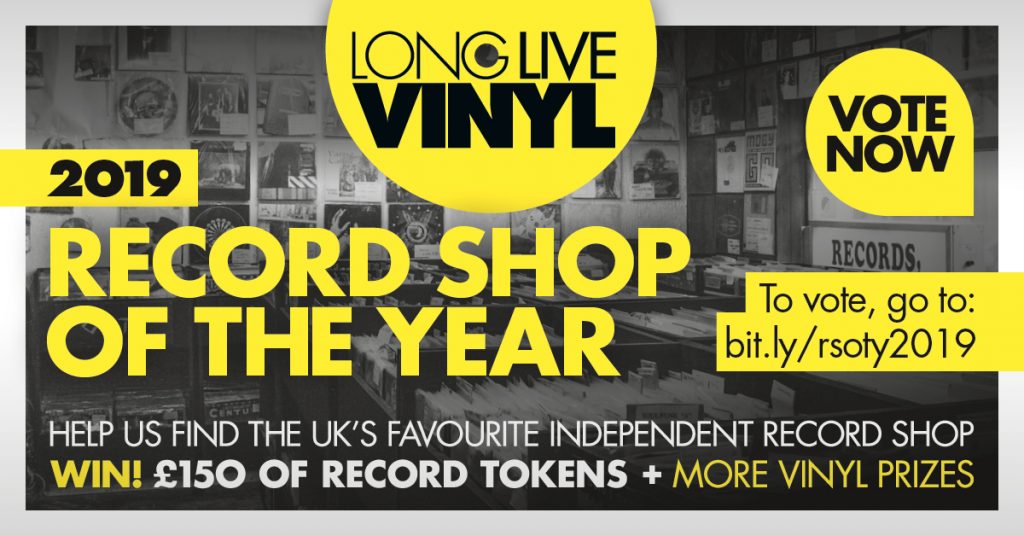 The voting form for the Record Shop Of The Year 2019 can be found at www.bit.ly/rsoty2019 with the winning store set to be announced in the January issue of Long Live Vinyl, on sale 5 December 2019.